Media for Cultivation in the Food & Beverages Industries

To enrich, isolate and enumerate lipolytic and proteolytic microorganisms, Merck offers a range of high quality, consistent culture media. They are available in a variety of formulations as dehydrated culture media in the form of granules.

Merck’s uniquely granulated culture media are both convenient and safe. Their granulated format leads to significantly less dust development than when using powdered media, and thus less inhalation of hazardous media components that may cause allergic responses. In addition, contamination of the work environment is kept to a minimum. All Merck media meet the highest industry performance standards as stipulated in ISO 11133 and are quality controlled according to stringent standards. This guarantees the high quality and consistency of our media for cultivation of lipolytic and proteolytic microorganisms.

Among the lipolytic organisms are the genera of Clostridium, Pseudomonas and mold fungi (Penicillum, Cladosporium and Aspergillus), covering both aerobes and anaerobes. Lipolytic organisms use lipase enzymes for decomposing vegetable and animal fats, in the process of which glycerol, fatty acids and water are formed. The organisms perform fat decomposition to source carbon for themselves. This process causes damage to foods and industrial products that contain a relatively high proportion of fats, such as butter, fish, meat, edible vegetable oils and dying oils.

Proteolytic organisms produce toxic substances such as phenols, indols and ammonia as a consequence of protein digestion. They include Clostridium species, and many occur in the normal gut flora of humans.

Detection of Lipolytic and Proteolytic Organisms 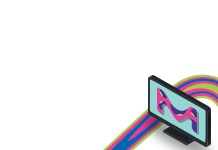